Geoff Gannon of Gannon On Investing wins the title of best value investing article and link submission for 2007. As the author of 2007’s best value investing article of the year, Geoff will receive a trophy badge he can proudly display on his site (when I finish designing it). Geoff also wins a copy of Active Value Investing thanks to CrossProfit, the sponsor of this contest prize. In 2008, I plan on awarding badges to the authors of top stories each month and also placing them on a Best Of section on Value Investing News to archive them for future reference.

I have a couple of observations concerning this years top value investing stories. First, I was surprised by the number of blog entries making the list. Seven out of the top ten entries came from blogs. This probably relates to the composition of the active members at Value Investing News, but it might also be an indicator of how far blogs have come this year in informing and influencing investors versus the media.

Second, I was also surprised at how a few of the late year submission climb so quickly up the ranks into the top ten. After looking at these numbers for a little while, I realized that I should also look at the visitor stats for Value Investing News in 2007.

As you can see, Value Investing News has grown tremendously in 2007.  We have tripled the number of visitors and pageviews per month over the past year. I hope we can maintain this growth through 2008. Given the increase in visitors, it now doesn’t surprise me that our top story of the year was able to earn enough positive votes in just over two weeks.

Finally, I’m also proud that Fat Pitch Financials a 7th place ranking for my article the Tyco spinoffs. I’m glad other investors found that article informative. I hope I’m able to produce another top story in 2008. 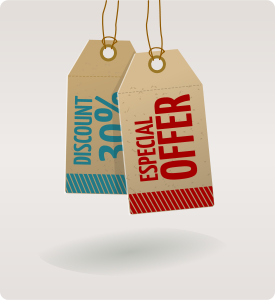