The Fat Pitch Financials Portfolio has a new stock.  It is Western Sizzlin Corp. (WSZL). I was hoping to write about this position last weekend, but transferring Fat Pitch Financials and Value Investing News to a new server took up all of my free time last weekend. In retrospect, I should have at least found time to briefly announce this purchase.

I first placed an order for Western Sizzlin at the end of October for 2,000 shares.  It took until November 13th for the order to be filled. The average price for these shares came to $13.12.  While that order was being filled, I submitted an additional order for 3,770 shares on November 9th. That order was finally filled on November 16th at an average price of $12.95 per share.

Western Sizzlin is no mere microcap restaurant. It is being transformed into an investment vehicle by Sardar Biglari.  Mr. Biglari is both the Chairman of the Board and CEO of Western Sizzlin.  He is also operates The Lion Fund, a private investment partnership.

A recent interview with Sardar Biglari by Emil Lee clearly shows that Mr. Biglari is a true believer in value investing.  His thoughts on the importance of capital allocation and competitive advantage are very aligned with my own. He has proven his abilities in finding value in tough situations in the restaurant industry when he successfully unlocked the value of Friendly Ice Cream (FRN) last year. I actually first learned about Mr. Biglari and Western Sizzlin when I invested the Special Situations Real Money Portfolio in a rights offering the company issued to raise capital for their Friendly’s investment.

Western Sizzlin is once again in the middle of a rights offering.  I decided to take advantage of what I believe is a temperary dip in the price of Western Sizzlin shares. Shareholders (in particular professional money managers) that received rights during the offering I believe have been selling off some shares they own to rebalance their portfolios in anticipation of receiving more shares shortly from the rights they exercised. Regardless of whether this theory is correct, I’ve determined that Western Sizzlin shares are trading at a significant discount to their intrinsic value. As more investors discover that Western Sizzlin is not your typical restaurant company, the market will likely change the metrics used to value this company. 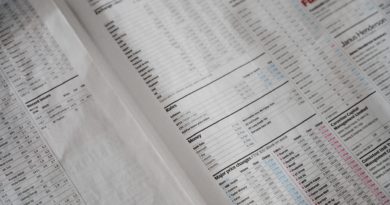