Apple Inc. (AAPL) is one of the most popular stocks followed on Wall Street.  It is a classic glamor stock.  It is followed by both institutional investors and the general public.  Apple’s highly popular iPod media players and iTunes digital media store have captured the imagination of music lovers everywhere. 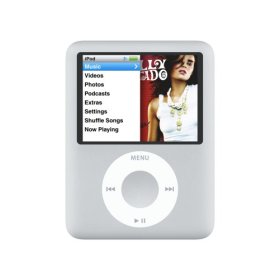 Many of those music lovers dabble in stocks. I’m certain many have followed Peter Lynch’s mantra, “Invest in what you know.”  These “dumb money” investors are probably what has helped propel Apple’s PE to over 40.  Many of the most recent stock buyers probably think that if iPods could bring Apple’s stock from the single digits to well over 100 that maybe the new iPhone could get APPL to 500.

Apple’s iPod helped propel its revenue growth to well over 60 percent in 2005.  That is an impressive rate of growth for a mature company that almost flat lined a few years back.  However, revenue growth at Apple is already starting to slow a bit.  This past quarter’s revenue growth has dropped to a still impressive 23% versus the same quarter a year ago.  To continue to maintain Apple’s PE of 40, the company definitely needs to find new growth from either its iPhone, increased video sales on iTunes, or increased adoption of its Mac computers.

Apple’s iPod and iTunes store combination has definitely given the company a competitive advantage.  The real question will be whether this competitive advantage is durable.  I think that Apple’s competitive advantage could last for a few more years, but any major mistakes could wipe out the excellent margins Apple currently earns in a flash.  Digital technology is changing so rapidly that it will be hard for Apple to keep up its leadership role.  Steve Jobs has done an amazing job of turning around Apple, but I’m not sure that his marketing prowess alone will be able to build a moat sufficient around Apple’s products like iphone xr and services to keep all its jealous competitor’s at bay.

I think Apple is a pretty amazing company with excellent products, but apparently I’m not the only one that thinks this way.  You’d be hard pressed find someone that has negative feelings towards Apple.  However, Apple’s stock is just too loved.  It does not provide any real margin of safety.  It’s fun to keep up with the lastest developments at Apple, but I’m leaving the following of this stock’s price to the traders.

Full Disclosure: I do not own shares of Apple Inc.