You might have noticed a poll about expected stock market returns here at Fat Pitch Financials last week. This poll also ran on Value Investing News, Gannon On Investing, and several other financial blogs. I setup the poll to help Geoff Gannon conduct a survey that he will be using for his normalized P/E series.

What annual total return do you expect from the S&P 500 over the next ten years?

Here are the results:

The poll closed on March 25, 2007.  It received 137 votes, which isn’t bad given that we only ran it on a few relatively low traffic websites for one week. The results of this poll might be bias by an over-weighting of value investors since it ran on at least 3 prominent value investing websites.  However, Geoff did try to broaden the scope of this poll by asking other investment blogs to also host this poll.

The median expected long term return for the S&P 500 is clearly between 7.5 and 10 percent. I actually also selected the 7.5% – 10.0% category when I voted. I was surprised to see that 3.6% of the voters decided that average returns would be greater than 20%.  Those 5 voters must be quite bullish.  I was equally surprised to see that only 2 people voted for negative average annual returns over the next ten years.  I thought there were more bearish investors out there. 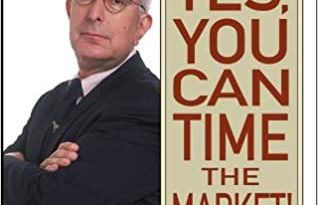