My wife and I received a Macy’s gift card as a holiday present. Like many of you, I really find gift cards to be annoying. They force me to shop at a particular store within a few months (since some of them expire), and I always end up spending money to cover the costs of my purchase that exceed the gift card value.

We decided that we could both use a new pair of jeans. After pouting a bit, I reluctantly agree to accompany my wife to our local Hecht’s, which was recently rebranded a Macy’s after Federated Department Stores (FD) acquired the franchise from May Department Stores.

After searching around the store for a half hour, my wife discovered that this new Macy’s had a pathetic petites section.  It had a dismally small selection of jeans for her to choose from and none of them appealed to her.

That left us with the only viable option, visit the Macy’s online store.  After browsing the site for a while, my wife chose a nice pair of Ralph Lauren Polo (RL) jeans and I selected my usual boring pair of Levi’s. My wife was a little unsure of her size, but Macy’s advertised “Easy Returns” on their homepage. She figured if she got the size wrong, we could return it to the brick and mortar store. Surprise surprise, returns were anything but easy.

The jeans took about a week to arrive (kind of slow given how much shipping cost).  My wife discovered that her jeans were too short.  I shook my head. She assured me that it wouldn’t be any problem with Macy’s return policy.  The “Easy Returns” policy states:

Returns are easy and convenient at macys.com. You can exchange or return your purchase to any Macy’s store (find the one nearest you). You can also return purchases directly to macys.com by mail. It’s up to you!

RETURNING TO A STORE
Inside your package you’ll find an invoice like the one shown here. Simply take your purchase, this invoice (make sure the bar code is attached) and the original packing materials to any Sales Associate to process your exchange or return – it’s that easy! You will receive a credit to the original tender (e.g. major credit card).

So we headed back off to our local Macy’s store. When we got to the store, we looked around again for the Ralph Lauren jeans to do an exchange, but we did not find any. While we finished looking, we spotted an employee heading to a service desk. It looked liked she just finished helping a customer. We stood right in front of the cash register, items in hand, when a store employee walked by.  We briefly made eye contact, to no avail.  The employee kept walking, not bothering to tell us that that particular register was closed, and/or pointing us to the closest operating customer service desk.  A simple acknowledgment of our presence would have made all the difference.

We then walked around until we found the service desk in the front with several people in line.  We waited in line while our kids started to fuss.  You know how young kids get in lines (heck, I get that way too).  When it was finally our turn, my wife handed over her jeans still in the original plastic shipping pouch with the invoice and all the other paper work it came with.  The cashier started punching all sorts of buttons (Why does it always take so many keystrokes for clothing store employees to ring up an order?).

She then asked my wife for her drivers license.  It seemed like a semi-reasonable request to verify her identity and help avoid return fraud, so my wife dug our her drivers license.  After some more serious key mashing, the cashier pointed to the credit card terminal and asked my wife for her Social Security Number. Wait a minute! Time out! There is no way we are giving my wife’s Social Security Number after this sales associate just took down my wife’s driver’s license info (full name, address, eye color, etc.).  The thought of this employee opening a home equity line of credit with this info flashed through my mind.

I responded that there is no way they need a Social Security number for a return. We only wanted store credit anyways so my wife could order the larger size online. The line we heard parroted to us: “it’s the store policy.”  Fine, but that doesn’t make it right.

Another employee who approached the counter during this exchange actually tried to justify the policy by stating that she enters her social security number every time she clocks into work at Macy’s and to access her employee information via the computer terminal.  I told her that I understand that you have to supply an employer your Social Security number for tax purposes but that does not justify putting it out there for a simple transaction like a store return. She tries to even say that using the keypad is secure, which she is watching closely in addition to the actual cashier, and the keypad will protect my Social Security number from being heard or seen. (Professional con artists can watch your fingers and determine what numbers you are punching in at ATMs I’ve read.)  I totally disagreed with her and she finally backed down when I recounted how a waiter stole our credit card number a few years ago.

They finally pulled the dreaded, “I need a manager approval.”  My kids are now entering full meltdown mode and for once I decided not even to hold them back.  The other shoppers in line gave up and left. (At least maybe I hurt the store’s sales for the day after they decided to rob me of my time.)

When the manager came, she did not even speak to us.  I indicated that I wanted to complain about this dangerous and horrible policy of asking for Social Security numbers for returns.  She just shrugged and the cashier then defensively parrotted back again, “It’s the store policy.” Neither the manager nor the cashier wanted to document or hear anything about my complaint about this “corporate headquarters” policy that they could do nothing about.  The manager tapped some keys, twisted a key, and then typed some more keys.  We then finally got credit added back to our gift card.  Did this really have to be so hard?  In the end, my wife never gave up her Social Security number but we still got credit on the gift card.

Federated Department Stores is now on my pass pile for both my future shopping and investing. Is Federated alone in this abysmal policy of asking for Social Security numbers for returns? I invite corporate staff from Federated Department Stores or Macy’s to use the comments section below to explain to us here how they justify the collection of Social Security numbers for store returns.

Free Credit Reports for All 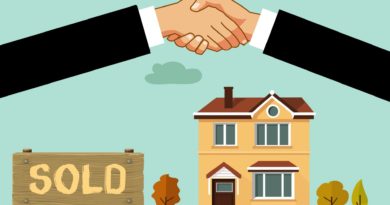 Estimating the value of your home 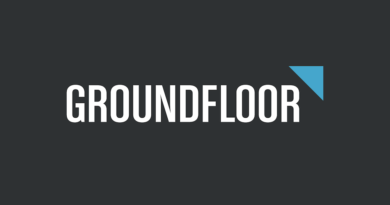