I recently received an email from one of my readers asking for the list of stocks I produced when I tried to replicate Phil Town’s Rule #1 Big 5 Numbers back in May using a screen I built on Portfolio123.  The Big Five Numbers are criteria Phil Town developed to help identify companies that have wide moats.  Phil Town looks at five factors that consist of ROIC, equity growth, earnings growth, sales growth, and free cash flow growth that are all consistently above 10 percent for the past 10 years.

I originally developed a stock screen that replicates the Big 5 Numbers as part of my research on Magic Formula Investing.  Since I developed that screen back in May, I’ve modified it a bit to address the short comings associated with only being able to look at five years worth of financial data in Portfolio123.  The main problem was with free cash flow growth and the fact that it can fluctuate from year to year based on capital expenditures.  Five years of data is really not sufficient to see a clear pattern in free cash flow growth.  To overcome this problem, I smoothed out the data by looking at three year intervals.  I replaced step five of my Big 5 Numbers screen with the percent change in free cash flows from the first three years of a five year period versus the last three years of that five year period. My new screen is as follows:

I ran the screen on September 11, 2006 and it produced a list of 178 companies. Today I’m going to present the large cap stocks (market cap greater than $10 billion) that passed the Big 5 Numbers screen. These giants are as follows:

There are a lot of great companies on this list.  However, even with just a quick glance at this list you can spot some commodity companies that probably do not really have wide moats. That is the drawback of using just five years of data and the fact that commodities have been in a bull market for quite some time now. 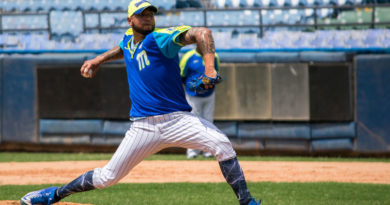