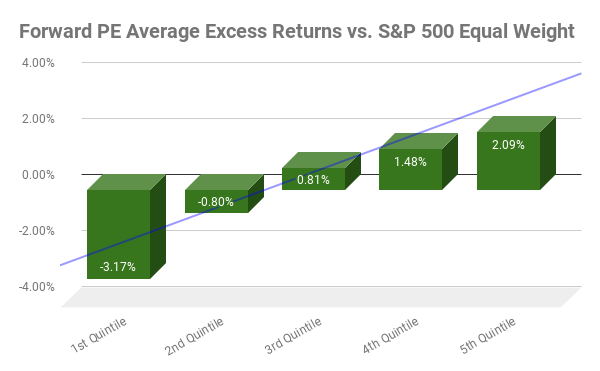 In a year where there has been a major market disruption, the standard valuation ratios such as the price-to-earnings ratio might not be the best tool for value investors. The pandemic of 2020 and 2021 has dramatically reduced the earnings of travel, dining, and other in-person entertainment companies. Using analysts forward projections of next year’s earnings might make more sense.  The forward PE does just that. It uses the current stock price divided by next fiscal year projected earnings to estimate relative value.

There are some pros and cons to using the forward P/E ratio. Using projected earnings for a valuation ratio factors in a bit of growth since it is based on the estimated earnings growth for one year. It can also handle one time dips in earnings, but as the current one caused by the pandemic. The drawback of the forward PE ratio is that this limits the universe of stocks to those with analyst coverage. I also not always a fan of analyst consensus earnings estimates.

I decided to run a backtest of this ratio from January 2, 2000 to December 31, 2020 using annual rebalancing and dividing the universe of stocks into quintiles starting from highest forward PE to lowest (cheapest) forward PE. I used my standard method of backtesting stock fundamentals on Portfolio123 that I described in an earlier article. The average excess returns for each quintile are displayed in the chart below. As expected, stocks with the highest in the first 20th percentile underperform the S&P 500 equal weight index by 3.17%. Stocks above the 80th percentile (5th quintile) with the lowest forward PE produce an average annual excess return of 2.09%. There is a very linear pattern to average excess returns as forward PE decreases from the 1st quintile to the 5th quintile.

A new feature I added to this backtest table is the addition of up market and down market average excess returns. Note that the 5th quintile average excess returns are negative (-1.52%) in the 5th quintile. It seems like low forward PE has diminishing returns in years where the overall market is down. I also noticed that the annualized return from January 2, 2000 to December 31, 2020 was only 10.35% for the 5th quintile, which is lower than the annualized returns for the 3rd and 4th quintile. It is also important to note that the stocks with the highest forward PE ratios in the 1st quintile definitely underperform on an annual basis. Only 33.33% of 1-year periods outperform the market for that 1st quintile of relatively expensive stocks based on forward PE.

It is interesting to note that the top quintile (lowest forward PE ratios) underperformed the bottom quintile over the past four years. That seems consistent with the recent chatter on social media that value investing is dead. I’m not so sure I buy into that, but I just wanted to show you how that’s played out in the numbers.

Portfolio123 recently added several new valuation ratios. I’ll be backtesting several of those along with some old time standard valuation ratios over the next couple of weeks. Be sure to subscribe or follow along to get the latest updates. 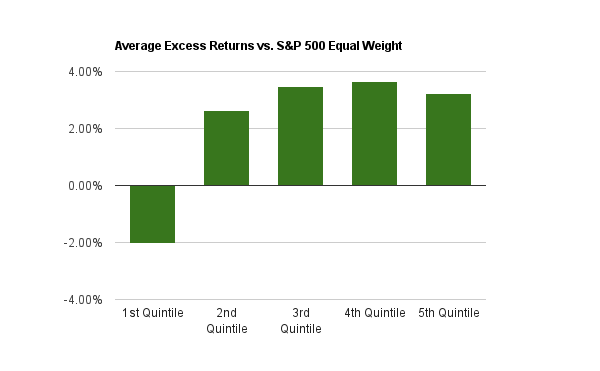 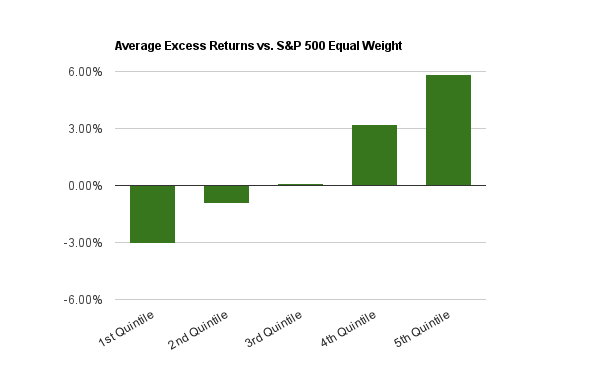 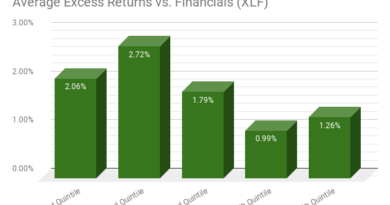