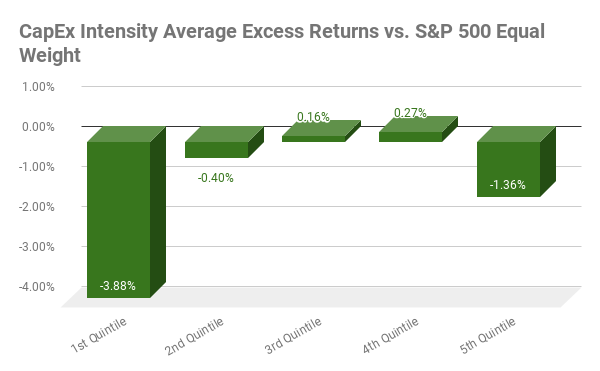 Continuing with my series on the Mohanram G-Score, this post will focus on Capital Expenditure Intensity. CapEx Intensity is the G7 factor of the Mahanram G-Score. G7 is calculated by taking capital expenditures and deflating it by total assets from the prior period. The idea here is that capital expenditures may boost future sales and earnings and thus result in higher stock returns. To determine if this is really the case, I conducted a backtest on this factor.

Here are the backtest rules I ran on Portfolio123 to test CapEx Intensity on stock performance:

* Average excess returns were analyzed starting in each month with 12-month holding periods (230 sample periods). This avoids the potential for seasonal reporting bias.

The results for the Mohanram G7 CapEx intensity factor do not show a strong linear relationship. Similar to the R&D expenditures backtest, it appears that companies with average CapEx intensity outperform those with either low or high capital expenditures. The strongest signal from this factor comes for the 1st quintile. The overall average excess returns are -3.88% and the percent of 1-year period out-performance for this quintile is only 31.58%. It seems like a good idea to avoid companies with the lowest levels of CapEx in their industry sectors.

Looking at these charts, it does appear that only the companies in the lowest capital expenditure intensity by rank within their industry show a consistent under-performance in returns over time. The only period where this wasn’t as strong was in the post Great Recession period from 2008 to 2011.

What are your thoughts on this backtest? Please share them in the comments section below. 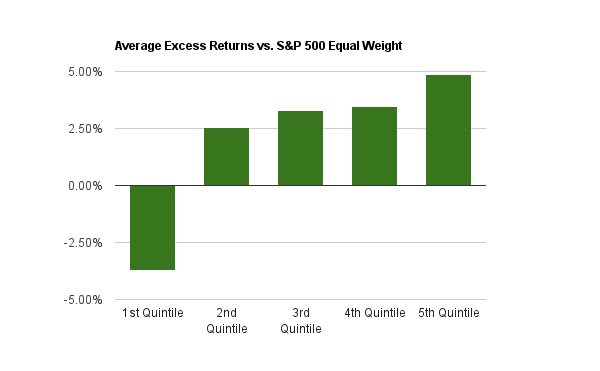 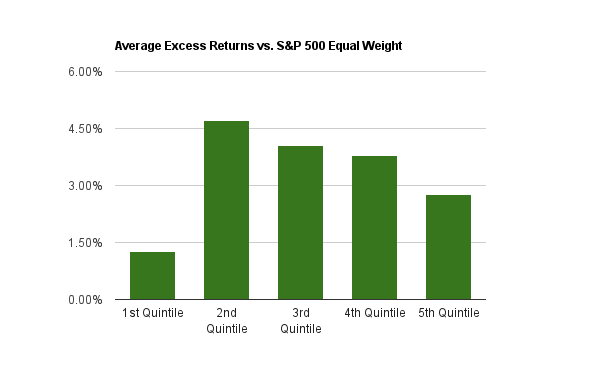