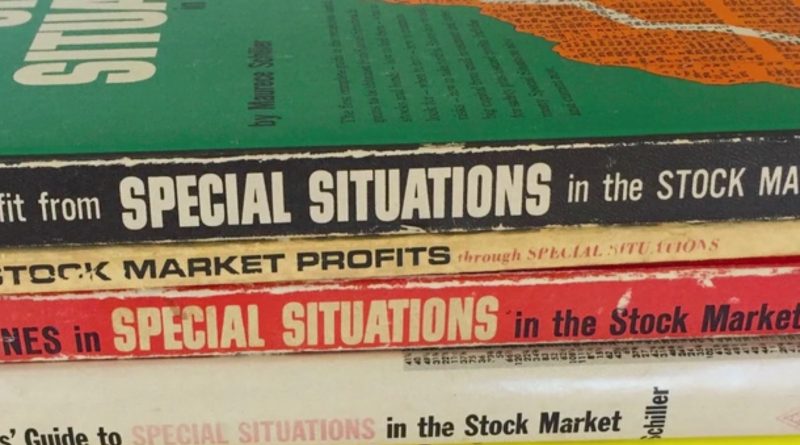 Tom Jacobs recently sent me a note about an exciting discovery that he had made. Tom was formerly with The Motley Fool and is currently an investment advisor with Huckleberry Capital Management. I’ve known Tom for quite some time, and I’ve worked with him on a project in the past. I knew immediately that whatever he had found was something worth my immediate attention.

Tom discovered the inventor of special situations, Maurece Schiller, and his long out of print books! I was not familiar with Maurece Schiller’s name, but when Tom mentioned that this was the author that Joel Greenblatt referenced in his lectures, I was immediately curious. Several questions popped into my mind for Tom. Tom was kind enough to allow me to share his responses with you below.

1. Where did you learn about Maurece Schiller?

Tom: The irony is that we found a Sodapdf of one of his books – in violation of copyright – online. I knew immediately what it meant to the field. Though I did ask the site owner to take it down (because of the copyright, not least because I licensed it), I am grateful to him!

2. Who is Maurece Schiller and why is he important? 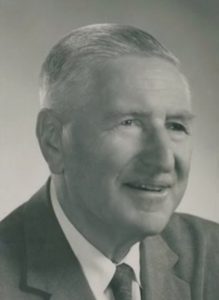 Tom: There were special situations before Schiller, such as public utility and railroad reorganizations, arbitrage/hedging, and distressed debt/bankruptcy. Graham first practiced arbitrage in the 1920s. The New York Institute of Finance classes, where Ben Graham taught nights (and Columbia Business School during the day), was a hub for Schiller and many others. But Schiller was intensely academic and used trade records to branch out from this tree to spinoffs and more. He was the very first person to put special situations together in books, and he remained the only one until Joel Greenblatt’s 1997 masterpiece, You Can Be a Stock Market Genius.

I accidentally came across one line, barely legible, in a 1959 unpublished manuscript of his: “Since special situations were in a sense created by myself, they were my life’s work and I knew all about them, I decided to write about them.” He knew he had gone beyond the initial situations and that it was time to present special situations as an investing field. 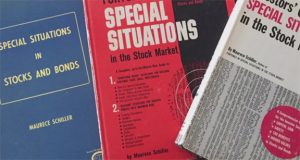 Tom: Five books from 1955 to 1966, essentially updating his principles with new case studies.

4. What can a modern investor learn from Maurece Schiller?

Tom: Much of the material is outdated – you can’t really make any money on arbitrage today because the spreads are too small, for example. But his points about liquidations, rights and oversubscriptions, and spinoffs are spot on and thrive today. The books are dense, though, and he never met an active verb! Yet he is thoughtful, thorough, and every now and then shows his dry wit. Greenblatt holds up a Schiller book in his Columbia Business School class and says that this is where spinoff special situations began.

5. How did you go about gaining rights to his works?

Tom: Through detective work I found his children, gained their confidence, licensed the copyrights for the two works under copyright and secured their authorization for the public domain works. They had no idea the books on their shelves were important, so they were kind of skeptical at the start – naturally. Now they are looking forward to the books and are happy to see their Dad’s work publicized. Schiller did not speak about his work except to repeat how much he avoided risk, so they have few memories. Makes sense, right?

6. Why are you running a Kickstarter Campaign?

Tom: First, your readers may find it at this Kickstarter link or, if that is cumbersome, simply go to Kickstarter and search for “Maurece Schiller.”

Domestic peace and to offer investors the chance to be listed in all books for all time. I have so much money into this non-profit labor of love that my husband has gently suggested it is enough! I’ve paid some of the freelancers and annual licensing fees, and am just tapped out. This campaign absolutely gets us to the finish line. Fortunately, having exceeded the goal, a stretch goal allows us to follow up on new research – I get to this in a minute – and produce two of the books in audio format.

Plus, I realized – and it has been shown so far to be true – that value and special situations investors and managers see this has as a great part of the field’s history and would like to be publicly associated with it. Backers at certain levels will be listed in one or all of the books for all time!

And you never know what happens, right? Out of the blue, a grandson of a Schiller contemporary and friend called me with information he had gleaned from his grandfather and tons of research. It’s changing the whole bio/context and will mean much more useful info for the books.

7. When will the books be available?

Tom: I’ve never been right about a date before, but this time…ha! Tentative schedule is first in September and then one per quarter until all five are out. Interested people can obtain two of the public domain works from print on demand houses online. Our books will include case studies, biographical info, the context of special situations, and much more. And they will be readable! The print on demand books – and this is how the business works, so this is no criticism – are in effect copies of the original, done in typescript, and single-spaced. They are a real slog.

Tom thank you for sharing this discovery with us. I’ve been very interested in special situations since the beginning of Fat Pitch Financials and many I my readers share the same interest. I’m sure many of you will be interested in supporting the Kickstarter campaign to make Maurece Schillers books once again available to the general public.

I’ve asked Tom to share a few excerpts from the books. I’ll be publishing them here in the next few days, so be sure to sign up my free email subscription to the latest updates at Fat Pitch Financials.

Review of Contributor’s Corner by Blueprint for Financial Prosperity