I have recently received some questions about how I categorize going private transactions. Over time I have developed a list of categories for the general phases that occurs when a company goes private. I spent some time today refining these phases and defining them. My revised list of going private phases include:

This is a somewhat rare event that there is a prefiling announcement. I do not track stocks that make prefiling announcements regarding their intention to take their companies private since it is rather speculative whether or not they actually go through with the going private transaction given that they have not even made the required regulatory filings yet.

New Filing phase starts when a corporation makes its initial SEC filing indicating that it will be conducting a transaction that may result in the company going private. A corporation can go private if it reduces the number of shareholders of record below 300. I first start tracking a stock when it makes an initial going private transaction filing with the SEC.

On occasion, there can be a pop in the price of a stock after it first makes a going private transaction filing if the cash out price is substantially higher than the trading price of the stock before the filing. However, you have to be very quick to take advantage of this phenomenon. The effort and risk associated with capturing this initial price spike is often not worth the effort and risk associated with it.

Definitive Proxy phase starts when a company submits a definitive proxy to the SEC and mails their shareholders the terms of the transaction. In most cases, the company also requests shareholders to vote on the proposal. However, in some cases, especially when insiders own most of the shares, the corporation is not required to seek shareholder approval (this is allowed under corporate laws of some states) and they may decide to not to conduct a vote.

The definitive proxy phase is likely the lowest risk phase to invest in a going private transaction. Other investors share this same view and often the price of the shares of companies that are going private will rise in price for a day or two immediately following the filing of a definitive proxy. However, when the definitive proxies start arriving in the mail, the stock price often drifts back down in price. I believe that when the definitive proxies arrive in the mail shareholders, who may own more shares than the tender offer limit, may first learn of the proposed going private transaction or they now realise that it is very likely that the transaction will be completed, so they sell their shares in order to avoid owning stock in a very illiquid issue. If the price of the stock does drift downward, this is often a good time to make a buy order for the stock. Things could still go wrong after this phase, but the risk is much lower.

The risk of the transaction not being completed at this phase is even lower than during the definitive proxy phase. However, this is also the phase in which management may decide that the deal has become too expensive or there is some other issue and the board may decide to cancel the transaction. Some companies issue press releases discussing their concern that the number of shareholders has increased significantly. However, sometimes these press releases are just bluffs to scare off individual investors trying to take advantage of the arbitrage opportunity.

Completed refers to the phase that occurs after the effective date of the transactions or when a regulatory filing indicating that the securities registration is terminated is made.

At this point there may be some changes in your brokerage holdings list. Often the price and value of the stock that has gone private goes to zero. This is a bit unnerving but typical. The symbol of the stock often changes and the name of the security may be modified to indicate the reverse split or merger. I often see the term “Cash In Lieu” just below the name of the stock as well.

A going private stock will often be in this phase for several weeks and sometimes even a few months until cash is sent out to former shareholders. Some patients is required during this phase. If more than two months have passed, I recommend that you contact the company to see what is delaying payment.

Cash Received refers to the phase when you are finally paid cash. I am not always informed of when cash has been received for some stocks that I have not participated in their going private transactions. I rely on you to let me know when you have received your cash. This is the last phase of a successful going private transaction risk arbitrage opportunity. At this point it is a good idea to calculate your earnings, update your files and jot down any lessons learned. 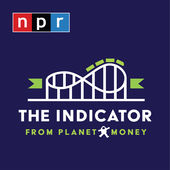