The Consumer Price Index for All Urban Consumers was released yesterday. Normally, I wouldn’t discuss macroeconomic indicators here, but these are very unusual times.

I had been increasingly concerned about the potential for deflation. The Consumer Price Index started a trend of monthly declines in the second half of 2008. I’ve never witnessed such a decline in prices before, so this was rather alarming. Under a deflationary environment, assets start to decline in dollar value and debt can increase in real terms. This impacts the assumptions built into company valuations, especially for asset or liquidation based valuations.

My fear of this deflationary trend is now fading with this latest release of the Consumer Price Index. The CPI-U increased 0.4 percent in February on a seasonally adjusted basis. This is just after a 0.3 percent increase in January. When I saw the January number last month, I thought the increase might have just been a one month deviation from the deflationary trend that started in 2008. This second strong increase in prices in February has started to give me confidence that the risk of deflation is getting much lower.

The price increases in February were led by a 3.3 percent increase in the energy component of the index The only significant decline in February was the food index, with a decline of 0.1 percent. The price index excluding energy and food increased 0.2 percent in February. No matter how you slice it, it appears inflation is back.

I probably should have taken Warren Buffett inflation warning during his recent CNBC interview to heart. This is especially true now given yesterday’s news that the Federal Reserve will be pumping $1.2 trillion into the markets by buying up government bonds and mortgage related securities. I think it is now safe to say that inflation is once again the primary threat. 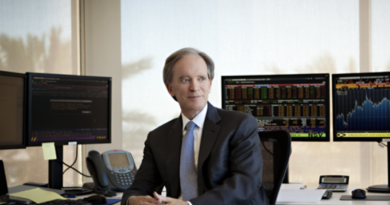 More on Bill Gross and the CPI