Things have been very busy here at Fat Pitch Financials. I’ve been meaning to post the February update for the Fat Pitch Financials Portfolio, but I haven’t had time to pull it together. Since we are already halfway through March, I’m just going to post the performance numbers for February. I spent the month of February sucking my thumb as the markets declined, so there isn’t to much to discuss in terms of transactions anyways. 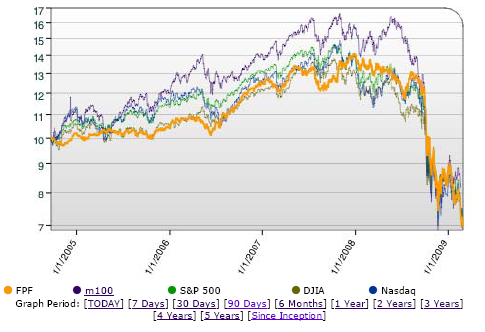 Disclosure: I own shares in each of the companies mentioned in this article at the time this article was published.