The 2008 Warren Buffett letter to shareholders is out this morning. Here are some of the highlights I found to be of particular interest.

The letter starts off with the grim assessment of the current economic situation. Warren Buffett notes that this past year has see a series of “life-threatening” events in the world’s financial markets and institutions resulting in a complete shutdown of the credit markets. This economic situation has resulted in the largest annual decline in Berkshire Hathaway’s (BRKa) per share book value in its 44-year history. Even given the current economic challenges, Warren Buffett remains positive. He notes, “When investing, pessimism is your friend, euphoria the enemy.”

The positive areas of Berkshire Hathaway’s business according to Mr. Buffett are in its insurance and utilities businesses. Low cost producers will likely be able to widen their moats in these frugal times.

As we view GEICO’s current opportunities, Tony and I feel like two hungry mosquitoes in a nudist camp. Juicy targets are everywhere.

There have been some question as to the new Berkshire Hathaway Assurance Company business, an insurer of the tax-exempt bonds issued by states, cities and other local entities. The Berkshire Hathaway team has once again been able to seize a great opportunity during troubled times.

We wrote this “second-to-pay” insurance for rates averaging 3.3%. That’s right; we have been paid far more for becoming the second to pay than the 1.5% we would have earlier charged to be the first to pay… Nevertheless, we remain very cautious about the business we write and regard it as far from a sure thing that this insurance will ultimately be profitable for us.

Even though Buffett’s initial attempt to get into the bond insurance market was initially rebuffed by monolines, he’s been able to his rates! Simply amazing. Though, Mr. Buffett notes that the future profitability of this new business is very uncertain given the unpresidented challenges municipalities and agencies face in the future and the potential that the insuring of these risks might make the involved parties less interested in working out problems.

Without urging from Charlie or anyone else, I bought a large amount of ConocoPhillips stock when oil and gas prices were near their peak. I in no way anticipated the dramatic fall in energy prices that occurred in the last half of the year. I still believe the odds are good that oil sells far higher in the future than the current $40-$50 price. But so far I have been dead wrong. Even if prices should rise, moreover, the terrible timing of my purchase has cost Berkshire several billion dollars.

One must wonder if Mr. Buffett got taken in by all the talk of peak oil last year. I must admit that I too wondered if we were approaching the end of affordable liquid petroleum to fuel the economy. While it took some time for folks to adjust to the changing oil market, economic forces finally cause demand for to respond to the price of oil and at the same time supply started to adjust as well. I recently sold some puts on ConocoPhillips (COP), but wonder if a long term stock position might ultimately be more profitable.

There was another more surprising admission:

During 2008, I spent $244 million for shares of two Irish banks that appeared cheap to me. At yearend we wrote these holdings down to market: $27 million, for an 89% loss. Since then, the two stocks have declined even further.

Even given those two big “mistakes”, one must envy the great fix-income investments Warren Buffett recently made.

On the plus side last year, we made purchases totaling $14.5 billion in fixed-income securities issued by Wrigley, Goldman Sachs and General Electric. We very much like these commitments, which carry high current yields that, in themselves, make the investments more than satisfactory. But in each of these three purchases, we also acquired a substantial equity participation as a bonus. To fund these large purchases, I had tosell portions of some holdings that I would have preferred to keep (primarily Johnson & Johnson, Procter & Gamble and ConocoPhillips).

That helps explain why folks noted the sale of Johnson & Johnson (JNJ), Procter & Gamble (PG), and ConocoPhillips (COP) in Berkshire Hathaway’s recent 13F filing. Those sales I believe indicate that Berkshire Hathaway is now fully invested and that future purchases may require additional sales if the operating businesses don’t generate sufficient cash. The one thing I was dissapointed in was the fact that Warren Buffett has not explained his previous comments regarding Wells Fargo (WFC). It appears he has bought shares for his personal portfolio, but I don’t believe he added any shares to Berkshire Hathaway. Why the difference?

The final section worth noting is on derivatives. Warren Buffett blasts CEOs at major financial institutions for getting involved with huge complex derivative positions that they simply were incapable of managing. The biggest offenders included Fannie Mae and Freddie Mac even though they were highly regulated. Warren Buffett carefully explains the derivative positions held by Berkshire Hathaway that have stirred up a bit of controversy recently. While the market-to-market accounting of this positions has been swinging wildly, Buffett and Munger are still very comfortable with them. He explains his comfort with these positions by detailing how the popular Black-Scholes formula doesn’t work properly with long dated derivatives. That discussion of the Black-Scholes formula deserves careful reading. I will likely post a future article on just that topic.

Be sure to read the whole Berkshire Hathaway shareholder letter yourself. This wisdom Warren Buffett convey’s in his letters requires careful reading and time to fully comprehend.

Disclosure: I have sold put contracts on COP and own shares of Wells Fargo (WFC). I do not hold positions in any of the other shares mentioned in this article (BRKa, BRKb, JNJ, PG) at the time this was posted. 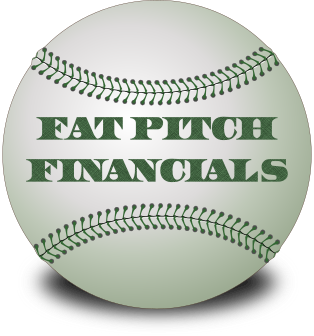