Since I’ve been thinking about Hurricane Katrina so much this week, I decided to take a few minutes to look at some of the stocks directly impacted by Katrina.

I used MSN Money’s Power Searches to screen for one-week high-volume losers and I looked over the “Winners and Losers” list in this weeks Barron’s. I then went though the list of stocks and tried to determine if their decline was directly related to Katrina. Here’s the list of companies that appear to have been directly impacted by the hurricane, including percent price change this week:

Pinnacle Entertainment operates two casinos in the area affected by Hurricane Katrina. Their casino in New Orleans sustained moderate damage and their floating casino in Biloxi, Mississippi had substantial damage.

Ruth’s Chris Steak House is headquartered in Metairie, Lousiana. Its headquarters office is damaged and the company is planning to relocate to Orlando, Florida. In addition, the hurricane has damaged two of their restaurants in the New Orleans area and has delayed the planned opening of a new restaurant in Biloxi, Mississippi. This is particularly rough news for a company that just had its initial public stock offering last month.

PXRE Group is a reinsurer that provides coverage to other reinsurers, a product called retrocessional reinsurance. According to MarketWatch it is likely that losses from Katrina will be so large that providers of retrocessional reinsurance will be tapped to fund claims. Quanta Capital Holdings Ltd. (QNTA) is another insurance stock that declined substantially this week. They may face substantial claims as a result of this hurricane, but the company has not yet discussed its Katrina exposure.

Hancock Holding Company provides banking services primarily in Mississippi, Louisiana, and Florida. Its headquarters is located in Gulfport, Mississippi. However, Hancock’s corporate headquarters has been temporarily relocated to its offices in Baton Rouge, Louisiana for the duration of the recovery effort. Many of its branches have been closed as a result of the hurricane but some are starting to reopen.

Sizeler Property Investors is a real estate investment trust headquartered in Kenner, Lousiana that owns retail shopping centers and apartments. Sixteen of the company’s properties are located in Louisiana, ten in Florida and four in Alabama. The extent of damages to Sizeler’s properties is still unknown. The company is currently working on relocating its headquarters.

Whitney Holding Corp. is a regional bank headquartered in New Orleans. It provides community banking services to the five-state Gulf Coast region. In addition to the impacts on headquarter operations, many of its branches were closed as a result of Katrina.

Hibernia is a bank based in New Orleans. They were planning a merger with Capital One, but the deal has been delayed as a result of Katrina. The merger is potentially at risk of being canceled or renegotiated.

It appears that stocks in the banking sector were the ones most often affected by Hurricane Katrina. The ultimate impact of Katrina on regional banks will largely depend on the amount of aid money that enters the local economy, the number of people that relocate out of the region, and the number of loans that default in the next few years. The banks impacted by Katrina face an uphill battle.

Ruth’s Chris Steak House and Sizeler Property Investors are worth watching. Ruth’s Chris Steak House is flush with capital from its recent IPO. Depending on how well it is insured and how fast it can expand into other regions, the long term impacts of Katrina could be somewhat minor. Sizeler Property may provide an opportunity to invest in prime real estate at discounted prices. However, there is the risk that Sizeler was not sufficiently insured. In addition, redevelopment of the impacted communities may not go well and commerce in the region may not return to pre-hurricane levels for a very long period of time, and thus the value of Sizeler’s properties may not rebound. It will interesting to watch how these companies recover from this massive natural disaster. 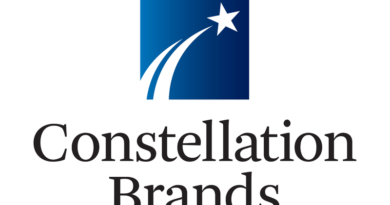 Americans Drinking More During the Pandemic? What Do Constellation Brands Sales Indicate?

5 thoughts on “Stocks Hit by Katrina”